Social Media Evidence in the Courtroom

For example, a personal injury lawsuit recovers damages after your life has been negatively impacted by an injury caused by someone else. The defense attorney must find evidence that proves that your life has not been negatively impacted, or at least not to the extent that you have claimed. This is where Skopenow’s people search engine is useful. Plaintiffs tend to unknowingly provide plenty of this evidence to the defense, simply by posting on social media that undermine their claims. For example, a simple post about mowing the lawn could be used as evidence to refute a personal injury claim about a back injury. These contradictory posts on social media are invaluable to the defendant's case.

In addition to posting pictures that weaken a plaintiff’s claims, there are different kinds of social media posts that can be used as evidence as well. “If you’ve been injured as a result of the careless or even criminal behavior of an individual, business, or other organization, you may be rightfully angry,” says John Sloan, attorney at Sloan Firm. “However, venting that anger on social media can be a bad idea. People are very quick to define others as ‘sue happy’ or out to make a quick buck by exaggerating claims just to get settlement money, so defendants are often eager to find ways to exploit these attitudes and make plaintiffs seem as if they are simply out to get money.” It might make you feel better to angrily post about the incident in the moment, but beware of how it can be used against you in the courtroom. 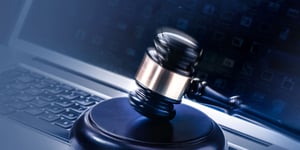